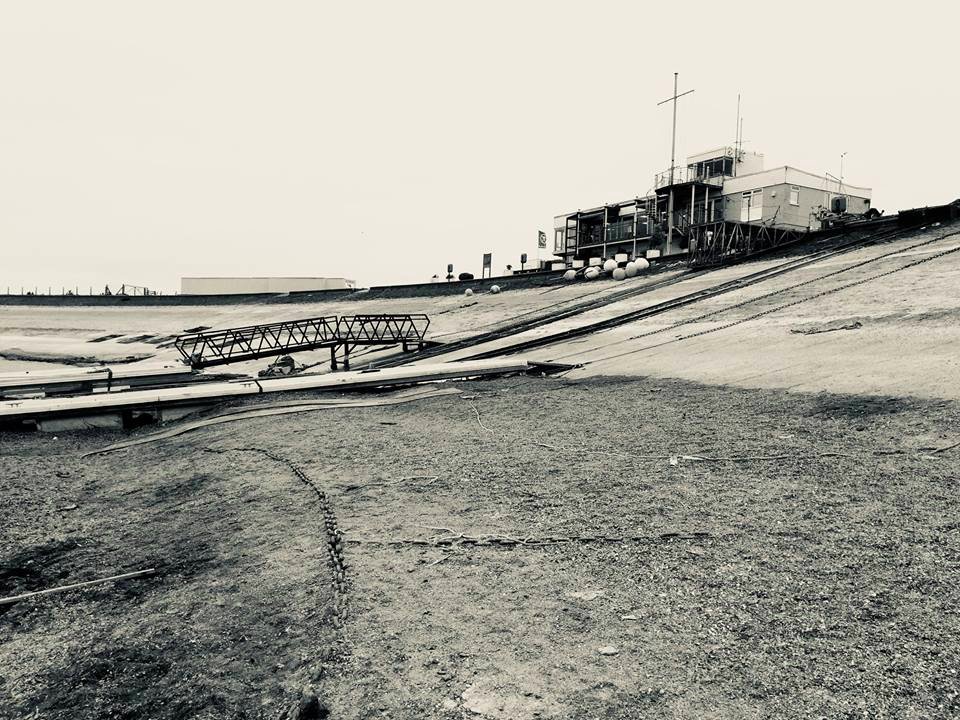 Queen Mary SC today announced that, as a result of the uniquely low water levels currently affecting the Thames Water reservoir, the 2018 Bloody Mary Pursuit Race, scheduled to run on 6 January as part of the GJW Direct SailJuice Winter Series, will not now take place.

Queen Mary Reservoir is one of the Thames Water reservoirs currently experiencing unprecedentedly low water levels due to low rainfall this year and resultant lack of flow in the River Thames. Rainfall in October and November has been, respectively, 30% and 45% of monthly averages. Filling of the reservoir is controlled by the Environment Agency and water levels are not expected to increase significantly for 6-8 weeks.

Commodore Richard Steele said, ‘The Bloody Mary pursuit race is Queen Mary SC’s longest-standing, largest, and most famous race, so this is a very difficult decision we have made with great reluctance.

The unprecedentedly low water levels have exposed a deep and muddy “beach” between concrete bank and water, and although we successfully ran a Laser Masters event here at the end of November, conditions then were sunny and dry, winds were moderate and we were launching and recovering 60 compact lightweight boats. The Bloody Mary, with around 300 boats of mixed weights, classes and configurations being launched and recovered in one short winter’s day, would present a much greater logistical and physical problem and attendant risk to the safety of competitors, volunteers and staff. Sadly, this has to be a case of head over heart.

Competing in the Bloody Mary is one of the great dinghy sailor challenges and we will all be looking forward eagerly to Saturday 12th January 2019 for the 45th iteration of this iconic race.’

The Bloody Mary Pursuit Race is the largest inland dinghy race held in the UK. Open to all dinghy classes with a PY number equal to or lower that the International Topper, it takes the form of a two and half hour race with the slowest boat starting first and the faster boats starting progressively later depending on a handicap rating set by the Race Committee. This iconic event, which is in the Yachts and Yachting hall of fame as one of the Top 5 events in the world, draws competitors from all over the UK and the Continent.