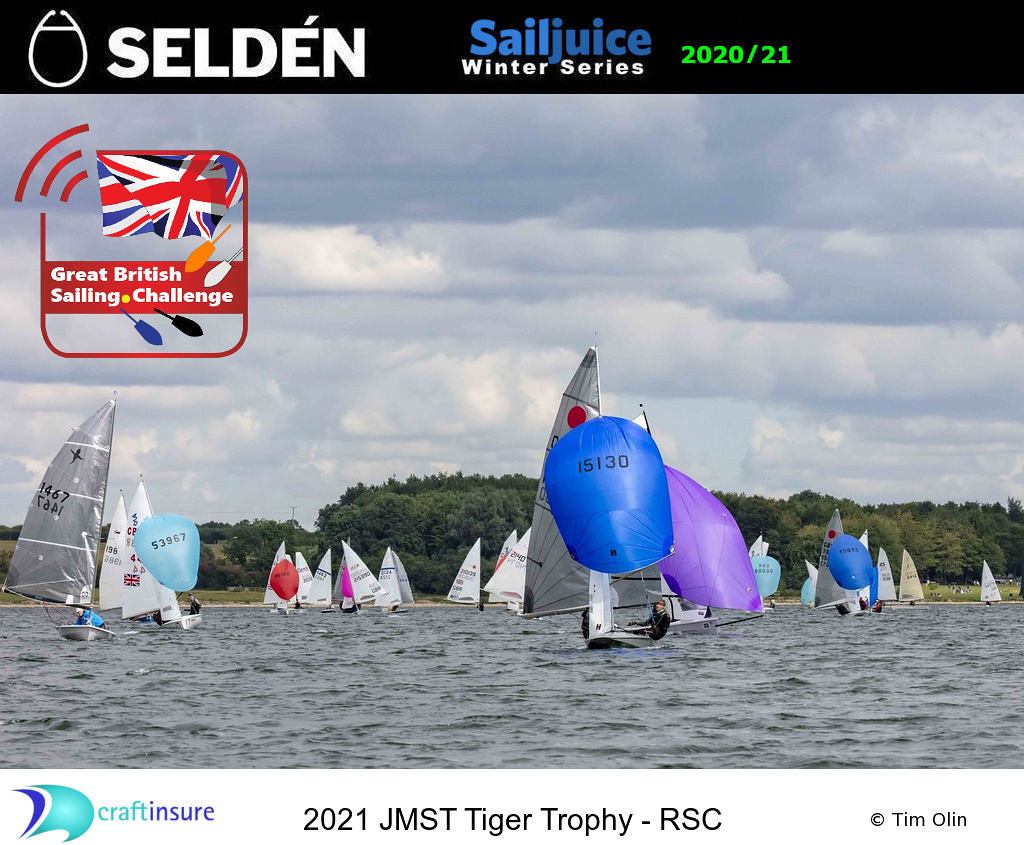 Dave Hall and Paul Constable were popular winners of the John Merricks Tiger Trophy, sailing their Fireball to victory at Rutland Water Sailing Club last weekend. Hall and Constable have been racing side by side for more than 30 years, and they are the only sailors to have competed in all 21 editions of the Tiger Trophy.

This was the first time the handicap race took place in the warm summer months, which must have come as a relief not just to the sailors but for the hardy souls that man the committee boats and rescue boats during the winter. That the event went ahead at all this year is a testament to the commitment of principal race officer David Wilkins who with his wife Gill are among the prime movers behind the ongoing success of the Tiger Trophy. Covid forced the cancellation of the events which had been scheduled for early February, but Wilkins along with the volunteer navy of Rutland SC were determined to make the regatta happen despite the obstacles.

The Great British Sailing Challenge is a series of handicap racing events that take place throughout the year, and it's open to pretty much any sail-powered craft. The Challenge will involve events throughout the whole year, with the target of around 100 boats taking part in each event on larger waters, and running events close to capacity on smaller lakes and reservoirs. Competing sailors will earn ranking points from each event they compete in, with the top 100 sailors invited to a winner-takes-all-final in Autumn 2020 to award the best sailors of the year. The series is managed by SailRacer.