FOUR GRAND PRIX IN A ROW FOR WHITE’S F18 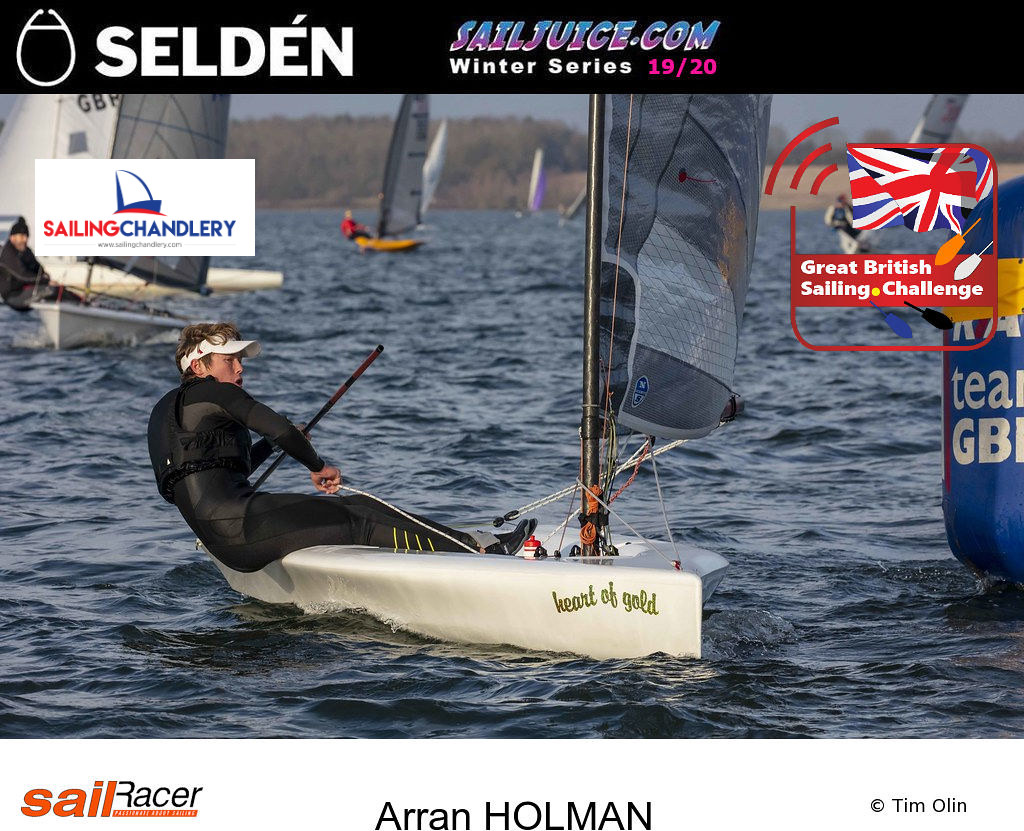 The 39th edition of the Grafham Grand Prix, sponsored by Sailing Chandlery, produced some great midwinter sailing conditions as the Seldén Sailjuice Winter Series reached the halfway point of the competition.

Unlike other events in the Series where everyone races on the same track, the Grand Prix divides the 200 entries into three fleets competing on three courses across Grafham Water near Huntingdon.

FAST: SWEET SUCCESS FOR LOCAL F18
Results    In the 42-boat Fast Handicap, it was Dave White and Jon Sweet from the home club who powered their Formula 18 catamaran to a fourth consecutive Grand Prix victory. In the Force 3 to 4 conditions for the first two heats, White and Sweet showed a clean pair of heels to the rest of the fleet. However as the wind dropped slightly for the final race of the afternoon, the multihulls slowed down on handicap and it was Michael Sims and Mark Lunn who came in first ahead of RS400 rivals Steve and Sarah Cockerill. Overall with two from three races to count, White and Sweet were the clear winners of the Fast Handicap. John Tuckwell’s Nacra Carbon 20 was second and the F18 of Paul and Mike Allen was third, making it a clean sweep for the multihulls. Highest finishing monohull in fourth place was an RS800 sailed by Robert Gullan and Mari Shepherd followed by Mark Barnes and Josh Wilce just a point behind in their B14.

MEDIUM: HOLMAN’S D-ZERO BEATS OSPREY BY A POINT
In the 74-boat Medium Handicap, Arran Holman had an average start to the day, coming in 17th on handicap in race one. However the D-Zero sailor from Hollowell got his act together for the next race, finishing third on handicap. As the wind got lighter for the last race, Holman went even better on corrected time, finishing first and taking the overall win by just a point from the Osprey of Eden Hyland and Mark Hartley from Chase. Chris Haslam’s RS600 finished on equal points with the Osprey but lost out on the tie-break and so finished third ahead of fellow RS600 competitor Richard Smith.
SailRacer GPS tracking
SLOW: SAILJUICE CHAMPIONS WIN IN THE 2000
In the 81-boat Slow Handicap, the largest of the three fleets, a familiar duo dominated the first two races. Simon Horsfield and Katie Burridge sailed their 2000 impeccably for two victories, and the fifth place in the final heat was a formality. Tim Hire raced his RS Aero 7 to a beautifully consistent scoreline of 3,2,3 to come second overall, finishing one place in front of the ever-improving GP14 of Pete Gray and Richard Pepperdine who scored 8,5,1 across the afternoon. Finishing on equal points but just missing out on the podium were Dylan McPherson and Jack Lewis who showed that a 420 can be competitive even in moderate conditions. Given a bit more breeze and the 420 duo would doubtless have been vying for the lead in this hard-fought division.

It’s been a busy couple of days over the Christmas period, with the Yorkshire Dales Brass Monkey and the Grafham Grand Prix both fully booked in advance. Make sure you don’t miss out on the fifth event of the Series, the legendary GJW Direct Bloody Mary at Queen Mary Sailing Club on Saturday 11 January, with more than 120 boats already signed up. Get your entry in ASAP at: www.sailjuiceseries.com